Hiring a security guard for a location, business, or event inevitably raises the critical question of whether to employ unarmed or armed security guards. You need to consider several key points when making this important decision. This article takes a look at some of the most crucial factors to think about.

Type of Location or Event

The first thing to consider is the environment in which the security guard will be operating. For example, if you are hiring security for an event like a wedding or a conference, unarmed guards are a good idea. These types of environments are rarely the target of criminals, and armed guards could make those present nervous or fearful unnecessarily. Or, a business such as a warehouse would generally not need an armed guard either, as you would want the guard to simply call the police in case of any intruders.

In some instances, armed guards might be necessary. Banks, for example, often have armed guards to dissuade robbers from taking action. In this type of circumstance, customers might even be reassured by the presence of an armed guard.

For certain situations, it's hard to judge which type of security is best. Hospitals are one example. For instance, an armed guard might have the ability to react to a violent threat more forcefully, but there is also the risk that a disturbed patient could take the security officer's gun and harm others.

Deciding whether to hire unarmed or armed security officers can be a difficult decision. Be sure to keep these important points in mind when making your choice. Contact security businesses like FCSS Corp. for more information or assistance. 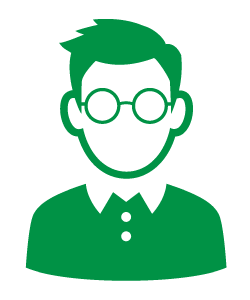 Have you recently started a new business? Perhaps, everything is going wonderfully. However, you might have one niggling doubt in your mind regarding your new company. You may worry about potential thieves breaking into it. If you can relate to this scenario, consider hiring a team of security guards to protect your investment. Security guards can begin watching your property after all employees of the business leave for the day. Or, you might want to hire security guards to protect your business 24 hours a day. On this blog, I hope you will discover valuable tips to help you hire the best security guards in your area to watch your business property. Enjoy!

Got More Questions Than Answers About Your Spouse? Why Hire A Private Investigator
31 October 2022
If you're concerned about your marriage, it's time to gather information. If you're not sure how to do that, a private investigator can help. It's not …

The Importance Of Hiring Armed Security Services For Your Business
29 August 2022
As a business owner, you want to convey a sense of security and safety inside of your building. You want both your employees and the people who come i …

Gun Shop: 4 Shooting Essentials To Invest In As A Beginner
15 July 2022
The shooting industry has seen a dramatic rise in the number of people taking up shooting as a hobby or sport. However, as a beginner, it can be tough …